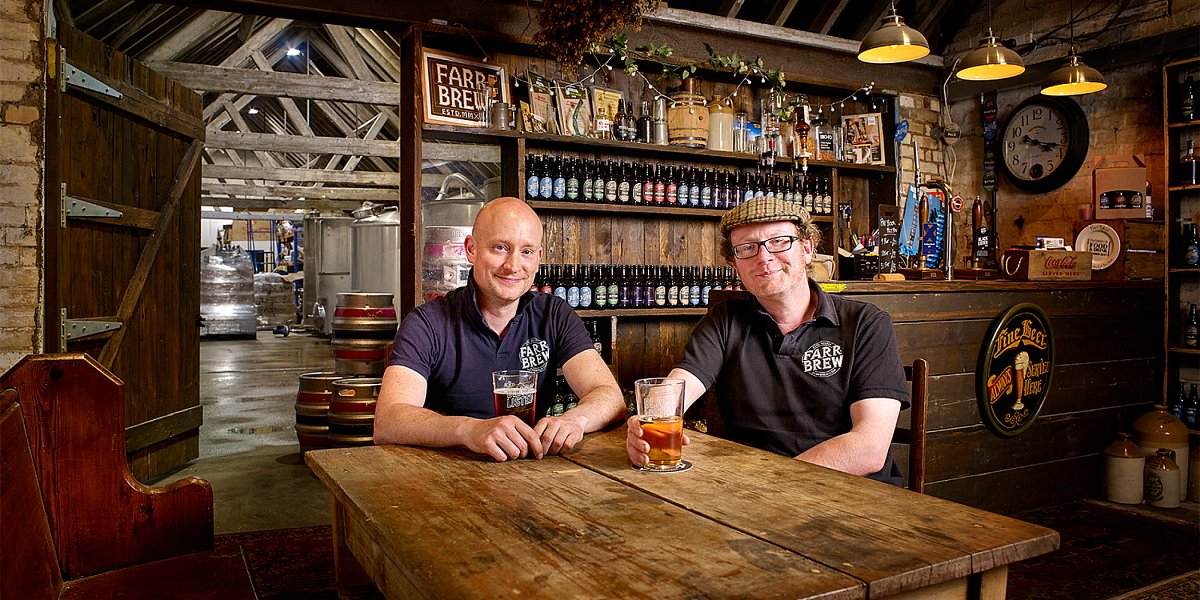 Farr Brew has taken on a substantive lease for The Eight Bells in Old Hatfield.

Farr Brew has taken on a substantive lease for The Eight Bells in Old Hatfield and is now undertaking a joint £230,000 refurbishment with Star Pubs & Bars.

The Eight Bells is the Hertfordshire operator's sixth venue, its third Star Pubs & Bars lease. It also has a further leased pub, two freeholds and a brewery bar.

The grade II-listed pub, built in 1226, was frequented by both highwayman Dick Turpin and by Charles Dickens, who gave it the fictional name the One Tun Pub in Oliver Twist.

“My partner Matt Elvidge and I could immediately see the potential of The Eight Bells," says co-founder and director of Farr Brew Nick Farr (pictured above right with Elvidge). "Its historic background, location near Hatfield House and opposite the proposed new development in Old Hatfield, and lack of family friendly nearby pubs made the pub an appealing proposition.

“We have expanded rapidly since our first pub – opening five pubs in two years. We are looking now to consolidate our estate and grow it steadily and prudently. Our long-term plan is to take on one pub a year."

The investment is designed to broaden the pub’s appeal, creating a family- and dog-friendly local, offering locally sourced food as well as barista style coffees, teas, cakes and snacks. Farr Brew also intends to leverage the pub’s literary link to Charles Dickens and Oliver Twist and its historical link to Dick Turpin.

Drinks wise, there will be over 30 wines, as well as Farr Brew’s own real ales on tap, and at least 25 gins, including its own Farr Brew London Dry, alongside premium whiskies and rums.

Funds are also being spent upgrading the exterior. Inside, a new kitchen is being fitted and the layout reconfigured to increase covers from 27 to 45. New décor will bring the pub up to date, while retaining features such as flagstone floors and fireplaces.

Farr Brew has six pubs, including The Eight Bells, The Reading Rooms in Wheathampstead, The Rising Sun in Slip End, The Red Cow in Harpenden, The Elephant & Castle in Amwell and The Bull in Whitwell.