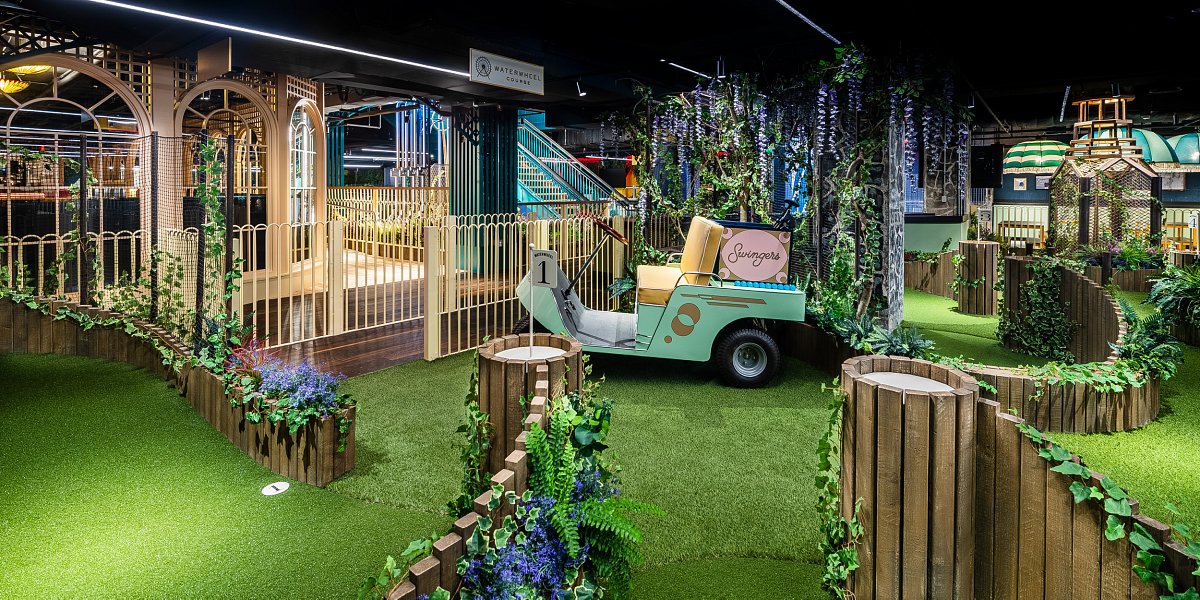 Swingers has announced that its third US venue will open in Washington, D.C.’s Navy Yard neighbourhood next summer.

Swingers, the crazy golf concept founded in London, has announced that its third US venue will open in Washington, D.C.’s Navy Yard neighbourhood next summer.

In what will be the brand's fifth site in total, it is the second Swingers in Washington D.C., joining the Dupont Circle venue that opened in June. Swingers New York will open in early 2022, as it continues to make ground across the Pond.

“We’re excited to break ground on our third US location in D.C.’s Ballpark District after seeing overwhelming support from the community at our Dupont Circle venue,” says co-CEO and co-founder Matt Grech-Smith. “Swingers Navy Yard is the perfect fit for a neighborhood known for its love of sports and entertainment, and we look forward to opening our doors to the public next summer.”

The Swingers brand is made up of crazy golf, cocktails, street food and live DJs.

Located in the heart of D.C.’s Ballpark District, Swingers Navy Yard will sit at the base of The Kelvin, a contemporary apartment building by Jair Lynch Real Estate Partners.

Earlier this year, Swingers raised $20m in follow-on funding from Cain International. The financing is in direct support of a robust opening pipeline in the US.