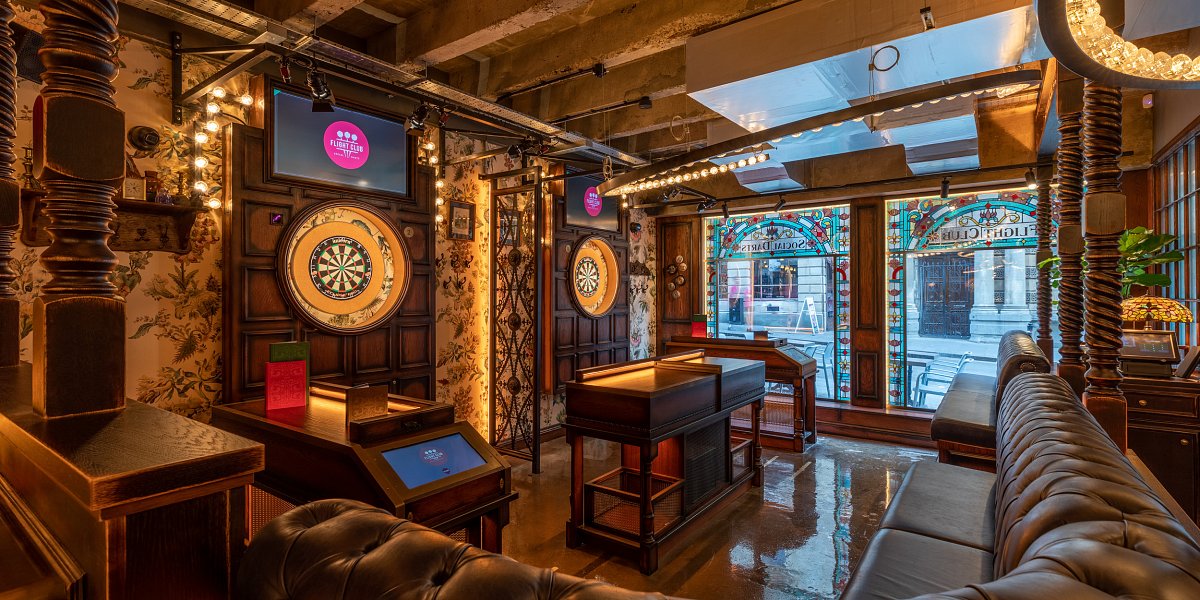 Flight Club opens up in Bristol

Flight Club has expanded further into south west England with the opening of its venue in Bristol.

Flight Club, the tech-led darts concept, has expanded further into south west England with the opening of its venue in Bristol.

Outside of London, the new site joins venues in Birmingham, Manchester and Leeds. Located on Corn Street, Flight Club Bristol adds another layer to the vibrant nightlife that already exists in the area.

The new space has a total guest capacity of 200 across seven oches, as well as a feature bar with tables for drinks and food.

“Bristol is a city that excites us a lot and it’s great to have opened our doors to the wonderfully welcoming Bristolians," says Steve Moore, co-founder of Flight Club. "We’re so excited to be bringing joy to more people and just in time for summer celebrations.

"The area is famous for its lively hospitality scene and we’re just thrilled to be a part of it. It’s still early days, but it’s safe to say that we feel very much at home in our new location."

To date, Flight Club has been responsible for over 170m darts thrown by over 2m people across the UK and US.

Benjamin's to launch in Harvey Nichols