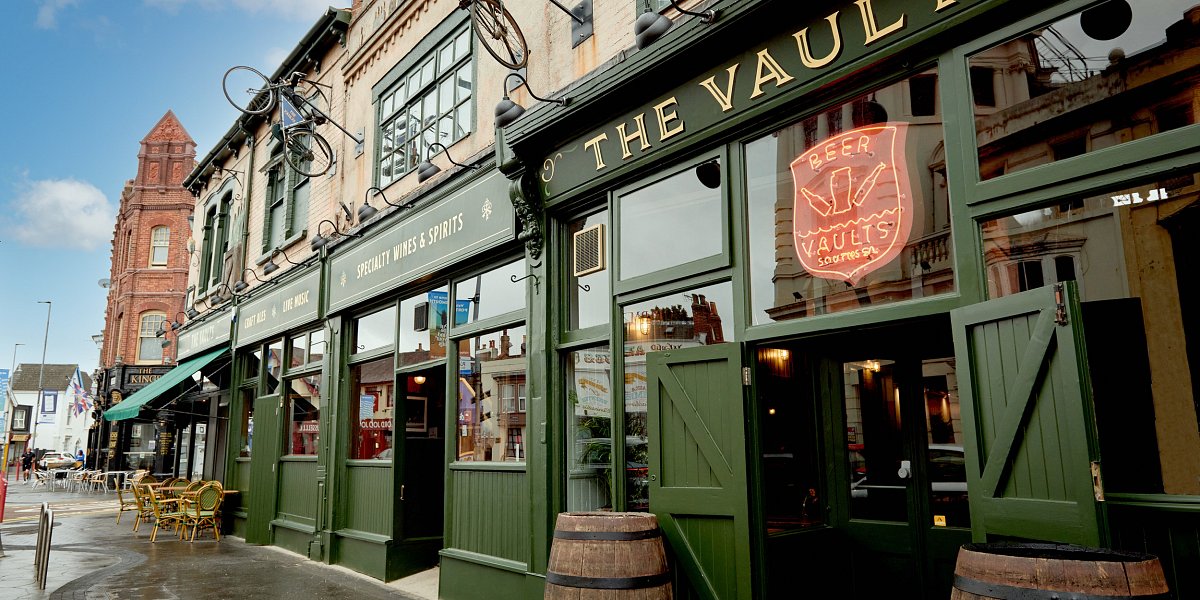 Fuller's reopens The Vaults in Southsea

The Vaults in Southsea has reopened after an extensive refurbishment.

Fuller, Smith & Turner has announced The Vaults in Southsea has reopened after an extensive refurbishment.

Previously known as The Wine Vaults, the pub features four bars across its three floors, comprising three main bars plus one in its upstairs function room.

Pub classics and bar snacks on the food menu are complemented by The Vaults’ pizza offer. The pub’s pizza oven is in centre stage on the first floor, where diners can watch their pizzas being prepared and cooked in the open kitchen. Live music will take place every Thursday night.