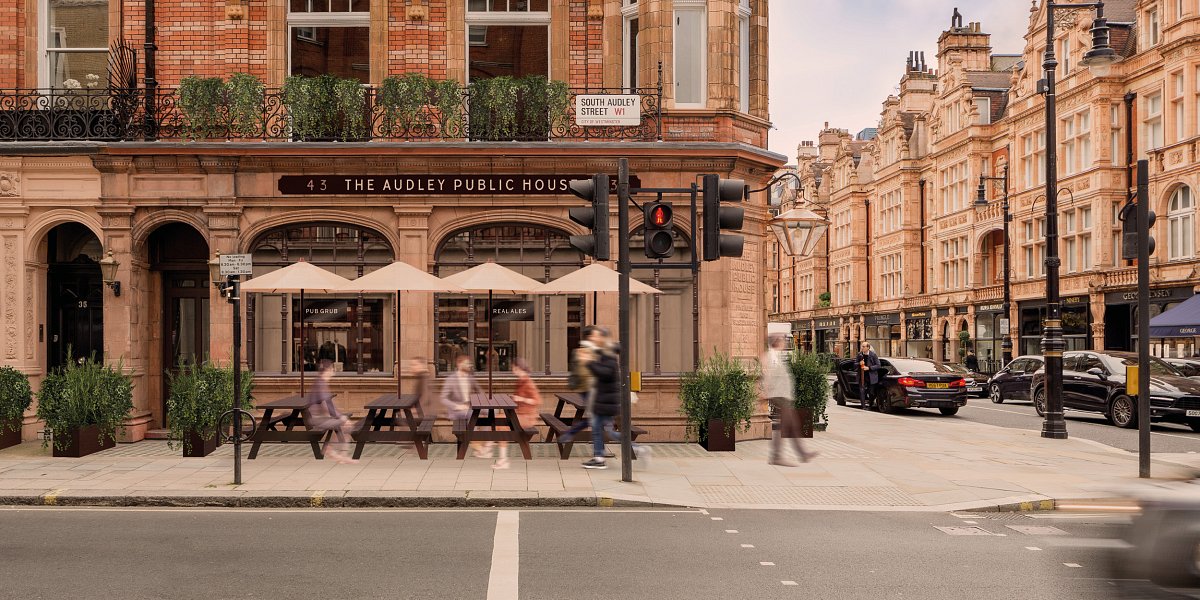 Artfarm has announced further details of its first London project, The Audley in Mayfair.

Artfarm, the independent hospitality company behind The Fife Arms in Braemar and Somerset’s Roth Bar & Grill, has announced further details of its first London project, The Audley in Mayfair.

Spread over five floors, The Audley will offer its guests three distinct experiences: The Audley Public House, a traditional community pub, will sit at street level. The first floor will become Mount St. Restaurant, which then leads to the top three floors housing four spaces, each with their own story and all available for private hire.

Art is at the heart of the project, with The Audley also acting as a showcase for certain works alongside specially commissioned, site-specific art. The venue is due to open this autumn.

The food at The Audley will be overseen by British Chef Jamie Shears, who has worked with Gordon Ramsay, Chris Galvin, Jason Atherton and was most recently executive chef at CUT, London, Wolfgang Puck’s restaurant at 45 Park Lane.

Artfarm was founded in 2014 by the Somerset-based gallerists and art collectors Iwan and Manuela Wirth. That year, Artfarm opened its first restaurant Roth Bar & Grill as part of the Hauser & Wirth art centre in Bruton, Somerset. In 2018, it opened The Fife Arms in Braemar, Scotland, a Victorian coaching inn that underwent extensive restoration to return the building to its former glory. Other Artfarm properties include Manuela restaurant in Los Angeles, and Durslade Farmhouse and Durslade Farm Shop in Somerset.