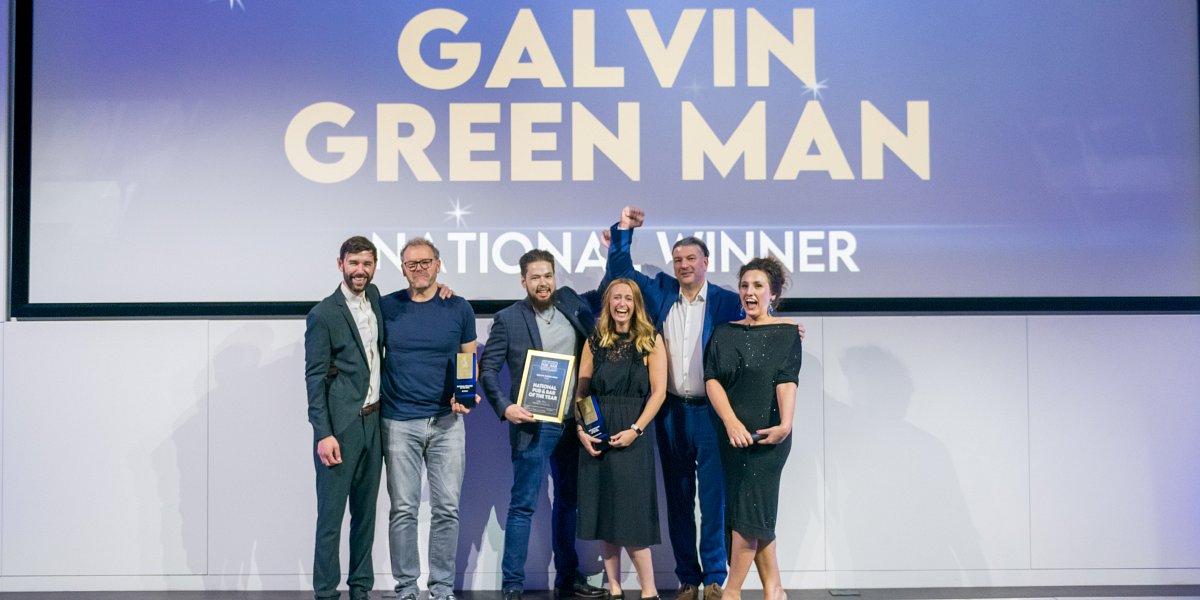 Galvin Green Man – the pub from Michelin-starred, Essex-born brothers Chris and Jeff Galvin – has been named as the best pub in the UK, having secured the top accolade at this year's National Pub & Bar Awards.

The venue, which was refurbished and opened by the Galvins in 2016, was commended for its first-class delivery of food, drink, service and all-round pub experience.

Set in 1.5 acres of peaceful meadow amidst the beautiful Essex countryside, with the River Chelmer running through the beer garden, the charming Green Man is said to be one of the oldest pubs in Essex, built in 1341.

“Winning this award showcases everything we’ve been doing for so long, and it’s amazing,” says Katie MacKay, Galvin Green Man’s general manager. “We have a fantastic team, an incredible community and brilliant suppliers. We love what we do, so it’s great to know that other people love it too.”

Award winners from across the UK

Galvin Green Man was also one of 15 pubs to be named as the best in its Region, as 94 county-winning venues gathered at 30 Euston Square to acknowledge the finest businesses in the industry. Celebrating and championing the UK pub and bar market, the theatre-style event was hosted by restaurant critic Grace Dent.

“To come through the last year and a half and be recognised like this is fantastic,” says Chris Galvin. “Everyone’s a winner here, but I’m particularly proud of our head chef Chris Ball, and general manager Katie MacKay who runs a really tight ship. It’s all about looking after our locals and anyone that visits. We try our best day in, day out. It’s important to mention our suppliers, who have been on the same difficult journey and often get forgotten. They redoubled their efforts when we reopened.”

As is the case each year, there were 94 pubs and bars represented at the awards, each one having been previously announced as the best in their county. From these, 15 Regional Winners were selected (see below) before Galvin Green Man was crowned the National Winner.

This year’s National Pub & Bar Awards also saw five extra accolades handed out. Pub Chef of the Year went to Simon Vickers of The Griffin in Dyfed; Havana Club’s Bartender of the Year was won by Joe Calvey of The Wiremill in Surrey; Walled City Brewery in Derry/Londonderry won Kegstar’s Taproom of the Year; JD Wetherspoon scooped Pub Brand of the Year, while The Alchemist was named Bar Brand of the Year, with both awards sponsored by Coca-Cola Europacific Partners.