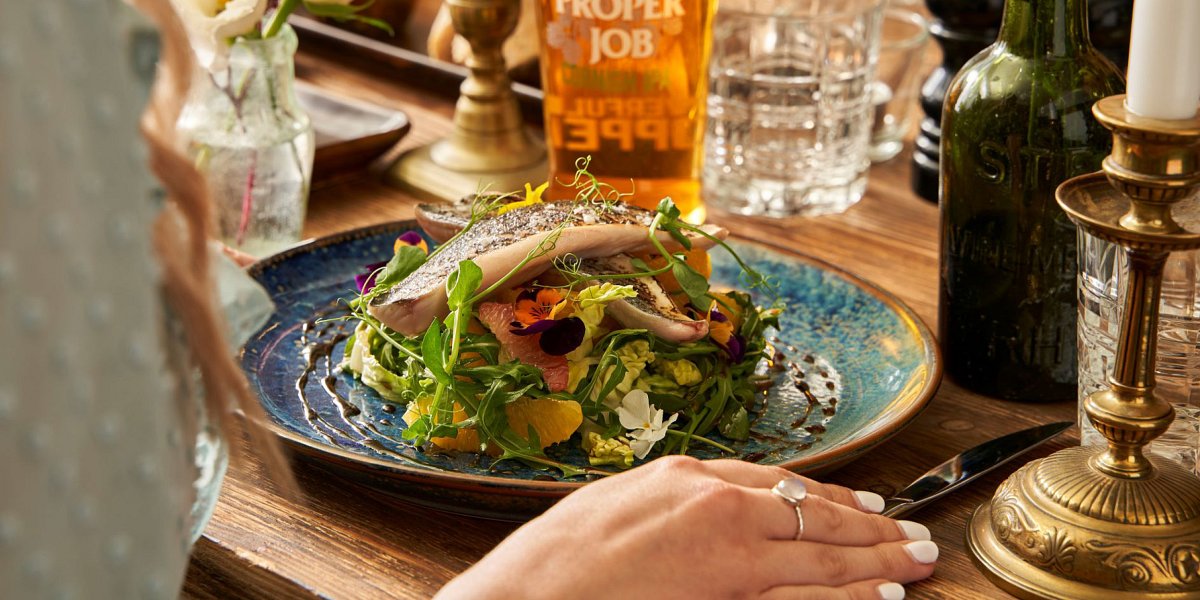 St Austell Brewery has launched its new menus ahead of the spring and summer seasons.

South west pub company St Austell Brewery has launched its new menus ahead of the spring and summer seasons.

New dishes include British pub classics and light bites for the warmer months ahead, including a torched mackerel rocket salad with a lime and caramel dressing (pictured), which has been created to pair with the citrus, pineapple and grapefruit notes of an IPA.

Taking inspiration from St Austell Brewery’s line-up of beers, head of food Lewis Allington has worked in close partnership with brewing director Georgina Young to highlight select dishes on the menu that match the taste of certain brews.

“It felt like a natural next step for us to highlight which dishes on our menu complement the flavour of our flagship brands," says Allington.

The new menus also continue to provide a wide range of options for vegans and vegetarians. Additions for spring and summer include the rainbow chard and olive rigatoni, finished with a plant-based parmesan cheese, as well as a basil and toasted pine nut gnocchi.

Ahead of the Queen’s Platinum Jubilee, St Austell has also added some celebratory dishes to its menus, including a tropical trifle, made from a pomegranate molasses and rum-infused sponge.