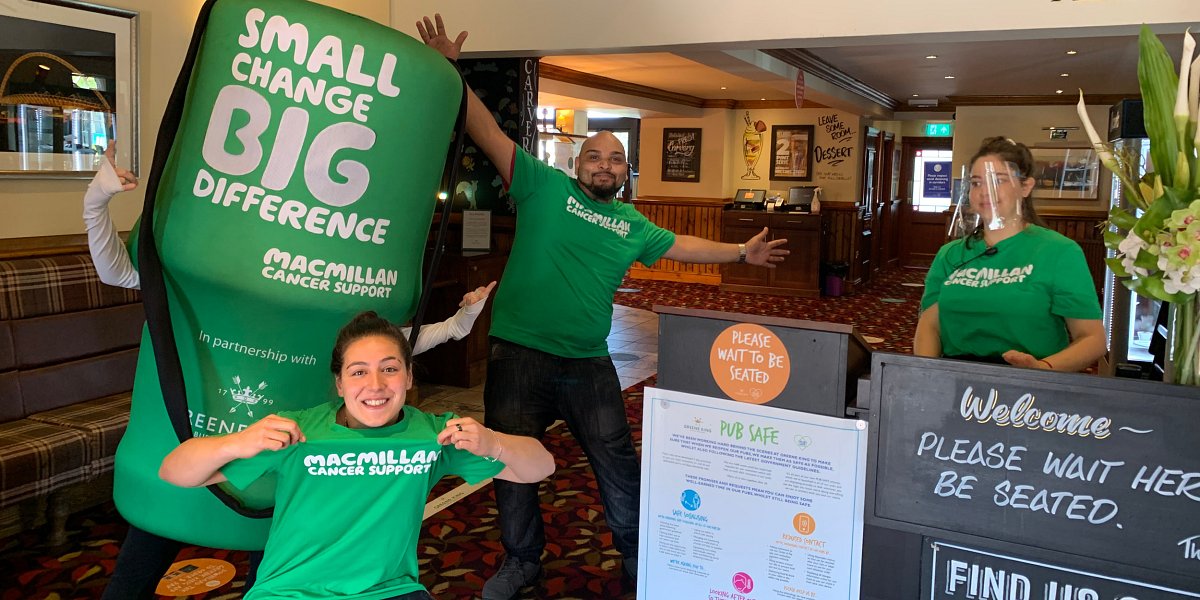 Greene King raises £2m for Macmillan in one year

Greene King teams broke their annual fundraising record for charity partner Macmillan Cancer Support in 2021, despite spending a significant portion of the year in lockdown.

More than £2m was raised by team members across Greene King’s c1,600 managed pubs, its breweries in Bury St Edmunds and Dunbar and support centre teams.

The record comes after the operator passed the £10m milestone of money raised for Macmillan since the partnership began in 2012.

Fundraising for the charity accelerated in recent years, with £1m raised in the first two years of the partnership, before going on to pass £3m raised in 2017, £5m in 2019 and then more than doubling that amount in less than three years. The money raised by Greene King will help Macmillan continue to provide vital support for those living with cancer.

Latest figures from PubAid estimate that pubs raise around £100m annually for charities across the UK.