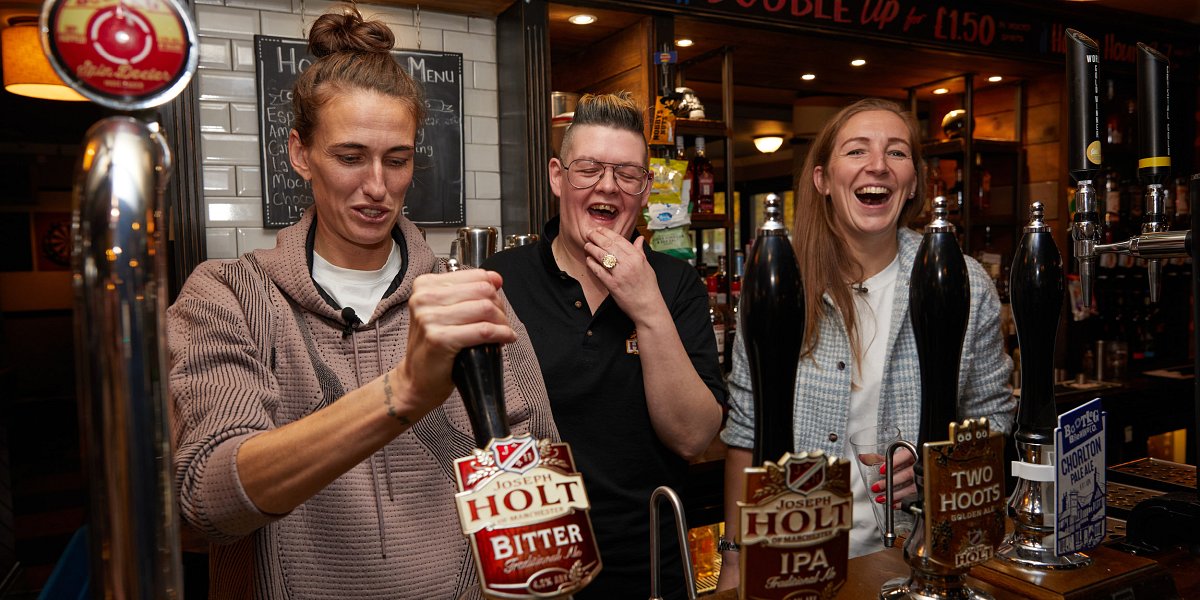 England and Manchester City legend Jill Scott has surprised Manchester licensee Sarah Jones from The Grafton Arms with an out of the blue visit to the pub.

Jones is leading from the front when it comes to supporting the women's game in her pub.

She has also turned The Grafton Arms into a shrine to all things Manchester, with a mural adorning the walls of the pub, showcasing local legends such as Marcus Rashford, the Gallagher brothers and Steve Coogan. She has now added three of England and Manchester City's finest female footballers, Ellen White, Steph Houghton and Jill Scott, to the walls.

Scott visited the pub to see the mural as part of the Sky Sports Everyone Loves A Local campaign.

"Moments like these are a bit surreal," says Scott, who has played over 250 times for Manchester City and England. "You walk into pubs in Manchester and see pictures of Kevin De Bruyne or Sergio Aguero, so to think that women's football is up there in a pub like this, it's a great moment."

"There's a common misconception that it's only women who want to watch the women's game and that's not the case here," says Jones. "We find it the more and more we show the games, it does have an audience. Not just those already interested in women's football but if it's on here, you see people sneakily looking up at the TV when they hear a cheer and by the end of it, they're well into it and that's how fans are created and interest is formed."