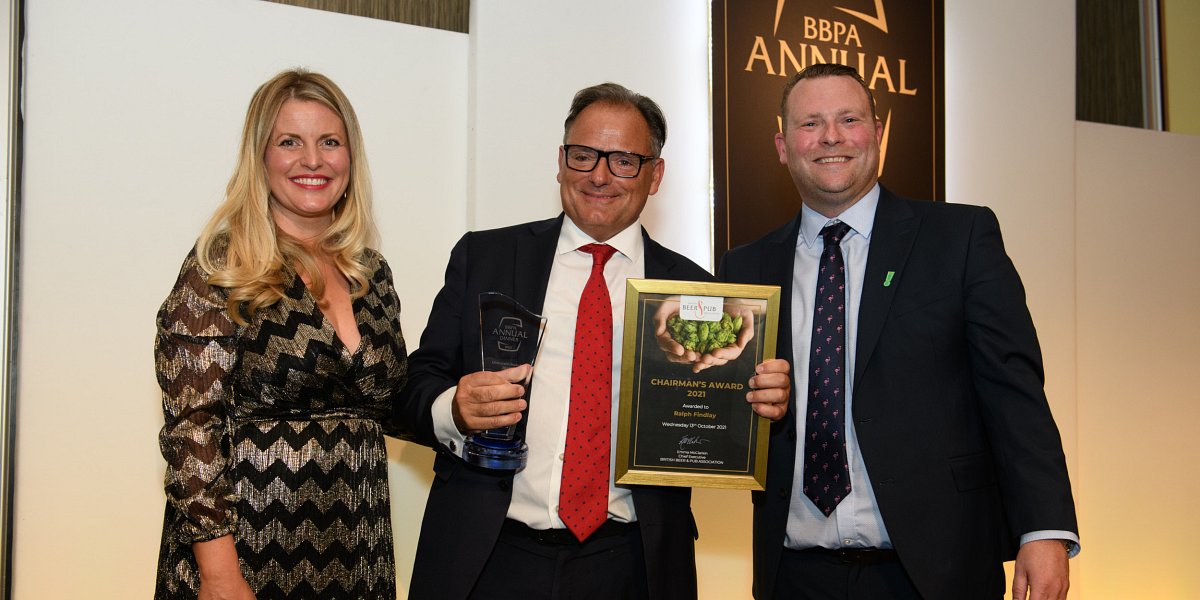 Ralph Findlay and Paul Scully MP have been revealed as winners of awards at the BBPA’s Annual Dinner 2021.

Ralph Findlay, former CEO of Marston’s PLC, and Paul Scully MP, secretary of state for small business, have been revealed as winners of awards at the BBPA’s Annual Dinner 2021.

The dinner took place at the Leonardo Royal Hotel Tower Bridge in London on Wednesday 13 October. Over 300 guests from across the beer and pub sector, media and politics attended the event – the second event for the sector to come together once more following the pandemic, after last month's National Pub & Bar Awards.

Findlay won the BBPA’s Chairman’s Award in recognition of his service to the beer and pub sector after 20 years in charge of Marston’s PLC, which he stepped down from earlier this month.

Scully won the Beer and Pub Champion Award in recognition of his support and advocacy for helping the brewing and pub sector during the height of the pandemic.

At the event, over £7,000 was raised for the Pedalling for Pubs, a charity bike ride that will see members of the sector ride 300km across Jordan in aid of pubs, breweries and the wider hospitality industry in the UK. The money raised will be channelled into projects that support those in need via The Licensed Trade Charity and Only a Pavement Away.