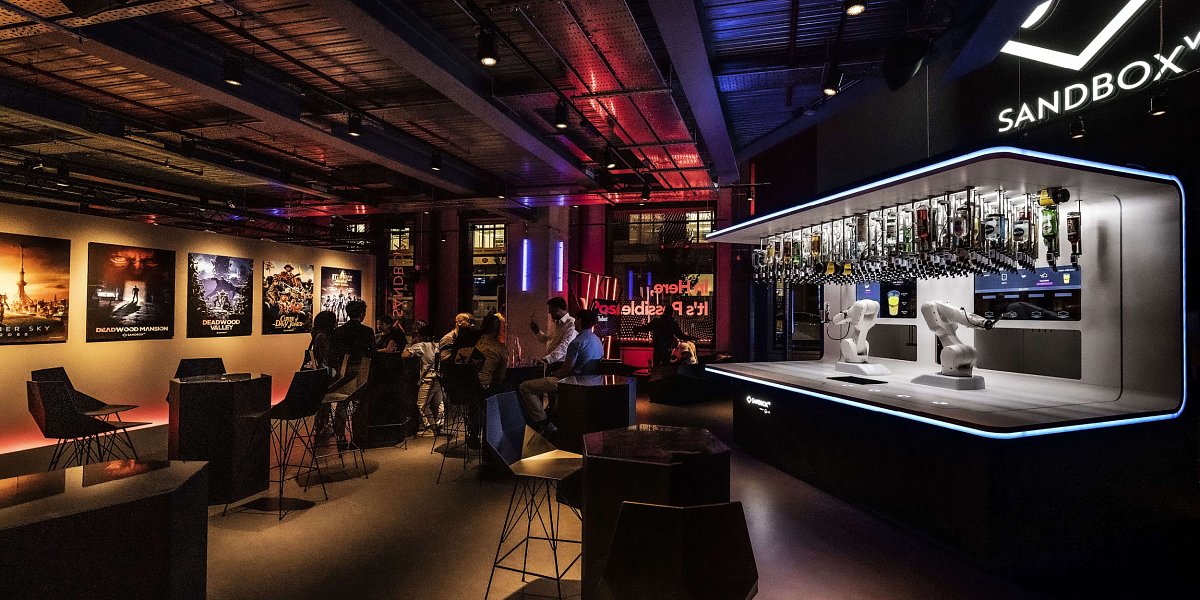 Sandbox VR heads outside of London

The virtual reality gameplay and competitive socialising brand will open in Birmingham this summer.

Sandbox VR, the virtual reality gameplay and competitive socialising brand, will open its third European site in Birmingham this summer.

Hammerson has signed 'the world’s most advanced virtual reality experience' as part of its vision to diversify the use of Grand Central in the heart of Birmingham through new brands, entertainment and experiential concepts.

The concept is owned by VR Entertainment, founded by Andy Scanlon and Jake Wilmot-Sitwell, who brought the first Sandbox VR to London last year.

The immersive venue invites groups of guests to walk into a futuristic experience of gameplay, before rewatching their session back over pizza and cocktails. It also features a drinks bar operated by a robotic bartender, which can serve up to 80 drinks per hour.

"Following our successful launch in Covent Garden last year, we wanted to kick off our expansion across the UK and Ireland by launching the biggest ever Sandbox VR site in the UK’s second city," says Wilmot-Sitwell. "As the West Midlands’ best-connected retail and leisure destination, the Bullring Estate is the ideal location to launch our second UK site, and we are eager to bring our mind-expanding adventures to this amazing market."