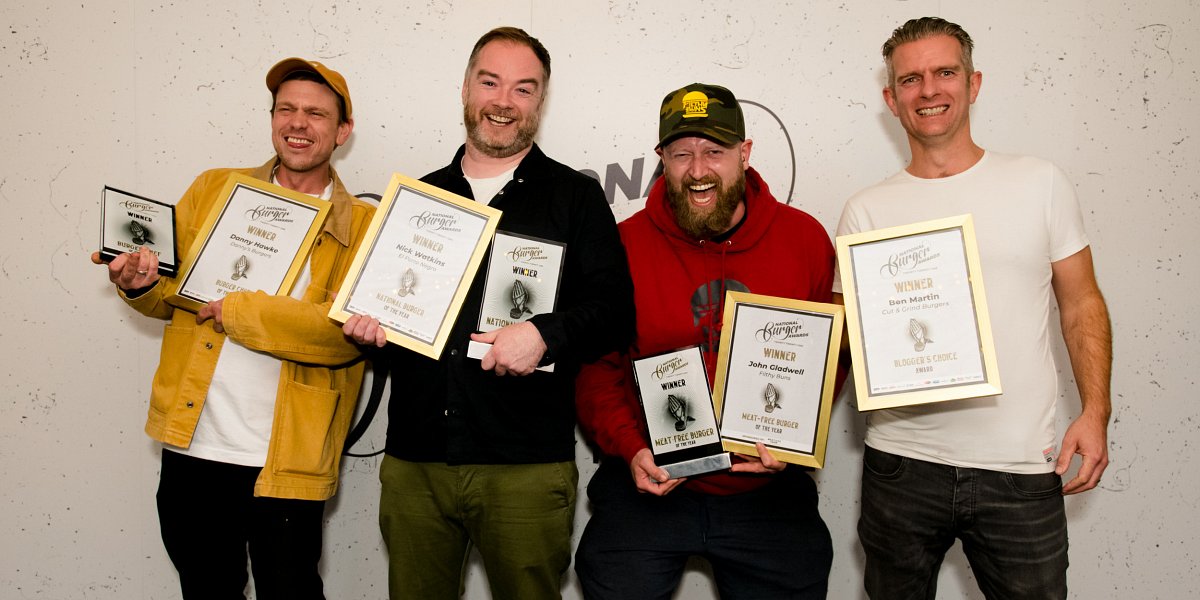 The Top Dog Burger from El Perro Negro has been named as the best burger in the UK.

The Top Dog Burger from El Perro Negro has been named as the best burger in the UK, after the Glasgow-based business stormed the 2021 National Burger Awards.

Cooked up by Nick Watkins (pictured, centre), who founded El Perro Negro, the Top Dog Burger was crowned greatest in the UK after seeing off competition from 14 other burgers, all of which were cooked, served, tasted and judged at the live final in London.

“It’s a huge thing to win the National Burger Awards,” says Watkins, who previously won the National Burger of the Year accolade in 2019, with the same burger. “We hope winning this time around will be just as massive for us. The competition is getting tougher, no doubt, with huge names coming in. It’s definitely gone up another level. To enter with the same burger again was a massive gamble, but this is our signature and our biggest seller. It’s the first burger I ever made in this business, and it’s still our number one.”

Other winners on the day were Danny Hawke from Danny’s Burgers in Bristol, who was named Burger Chef of the Year; John Gladwell from Filthy Buns, who cooked up the Meatless Farm Meat-Free Burger of the Year; Laurence Tottingham of Revolution Bars Group, who won the Hellmann’s Mayo Mixologist round; and Ben Martin from Cut + Grind Burgers, who won the Bloggers’ Choice Award, an accolade judged by a group of food bloggers from across the hospitality industry.

The National Burger Awards 2021 Grand Final was held on 28 September at London Shenley Club and was hosted by Christian Stevenson (AKA DJ BBQ). Fifteen finalists competed in three rounds that saw them cook a Technical Burger, which was made with ingredients supplied by the event’s sponsors; a meat-free burger, featuring products from Meatless Farm; and their own-recipe burger that they submitted during the entry process.