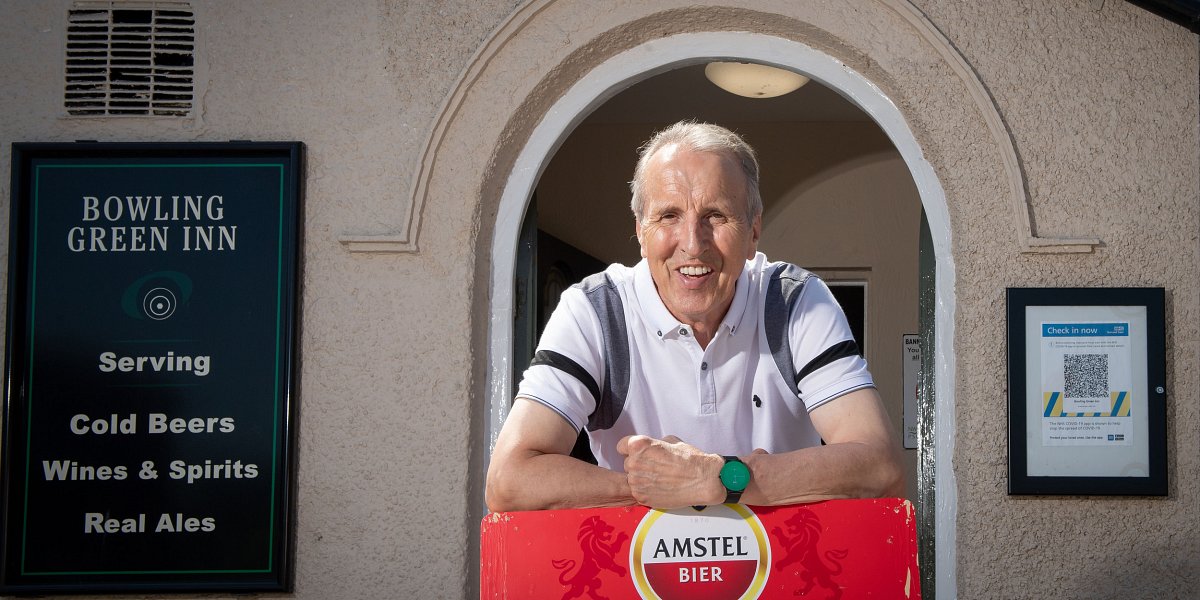 Paul Monk of the Bowling Green Inn has received an award to mark his 35th anniversary at the helm.

Paul Monk of the Bowling Green Inn on Brook Street in Ashby-de-la-Zouch has received an award to mark his 35th anniversary at the helm.

The long service award, presented by the pub’s owners Star Pubs & Bars recognises the contribution Monk has made to the town and the pub.

One of the last traditional locals in Ashby-de-la-Zouch, the Bowling Green is a hub of the community, hosting events to bring people together, fundraising for good causes and putting on music nights that have helped launch many local bands.

Monk – who turns 70 in November – is not calling time yet and has just extended his lease at the Bowling Green for another five years, so that he can reach his goal of clocking up four decades. To keep the 17th century pub thriving, he is completing a £27,000 refurbishment that has upgraded the interior and revamped the garden, creating the largest covered al fresco area in the town centre. He is also installing a new children’s play area, complete with a ship, tower and slide.

Looking for a change of direction from his job as a factory manager, Monk took over the Bowling Green in 1986. The pub was then a tiny local, popular with miners from the nearby collieries and serving draft ales at 90p a pint as well as trays of filled cobs.