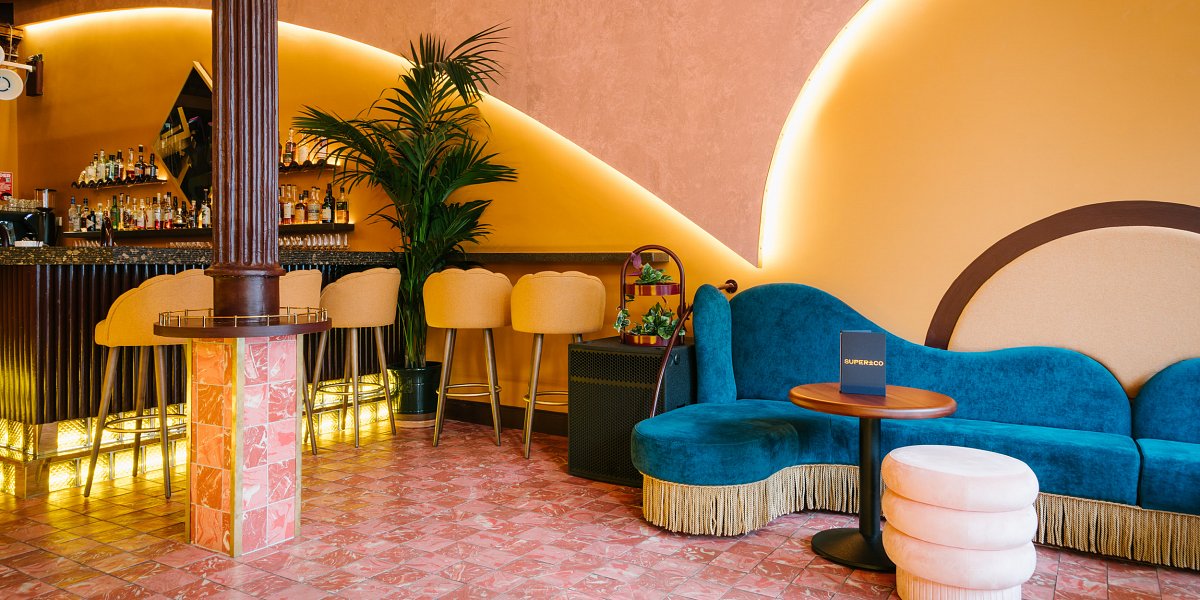 Mike Lynch, 32, hopes to shake up Edinburgh’s bar scene from 22 July with the opening of the 180-capacity Superico Bar and Lounge.

Housed in a 19th century former banking hall, Superico Bar and Lounge now resembles a Tamara de Lempicka painting, with Art-Deco-style shapes and jewel-like colours, as well as a globe feature light that gives the illusion of a full moon.

Lynch is a multi-award-winning mixologist and hospitality manager. He was also part of the team that launched the Devil’s Advocate restaurant and bar in Edinburgh’s Old Town in 2013.

At Superico, Lynch plans to focus on Aperitivo-style drinks with a section for spritzes and Martini’s served straight from the freezer, as well as speciality wines from around the world served by the glass. Signature cocktails will include Padron Martini, Yuzu Spritz and Passiflora.

“I’m really excited to be bringing something groundbreaking, fun and vibrant to Edinburgh’s bar scene with our unique Latin American flair," says Lynch.  "Already shortlisted for an international design award in New York this September, we’re really lucky to have a stylish and beautiful venue where guests can enjoy some showstopping cocktails and bar snacks in a relaxed and sophisticated lounge bar setting.

“Superico has the ambition to quickly establish itself as Edinburgh’s best design-led cocktail bar and attract global recognition.”

Skylight bar to open in Peckham