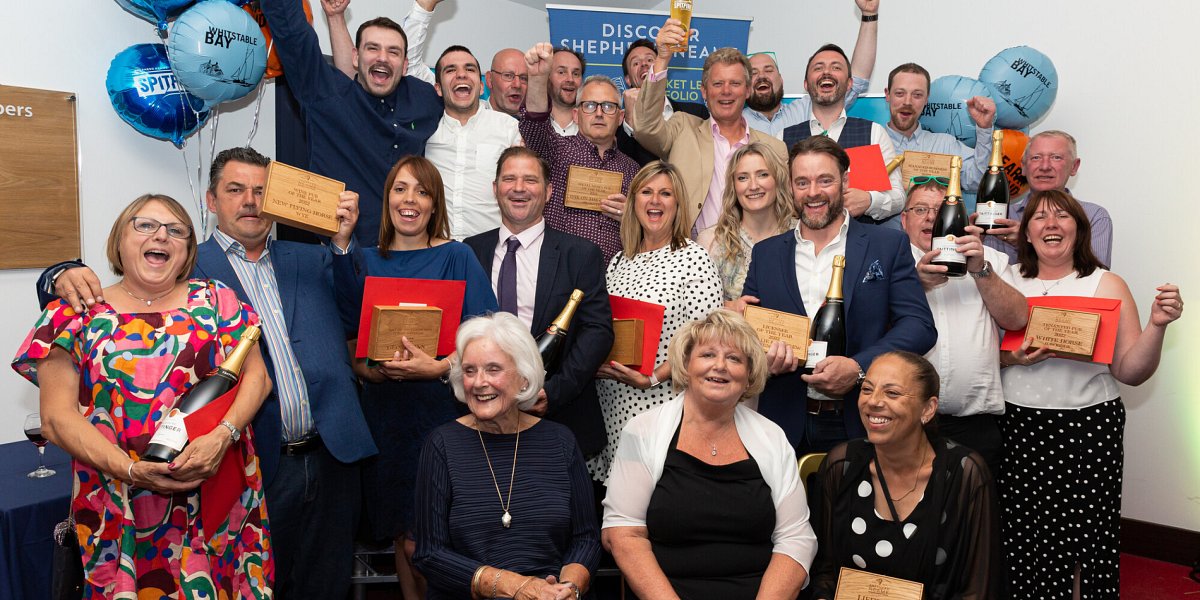 The Blue Anchor at Crowborough has been named Shepherd Neame Pub of the Year.

It is the latest in a series of accolades for the popular pub and restaurant, which has been named Pub of the Year in the Beautiful South Tourism Awards for the last two years.

The pub, which has been run by Amy Glenie since 2019, prides itself on freshly-made food using locally sourced produce where possible. It also has a spacious garden and patio, including a newly introduced pizza shack.

“It has just been such an exciting time moving the pub forward over the last four years," say Glenie. "We are constantly looking for new ways to make things better and keep things fresh – there is always something to improve. I absolutely love running The Blue Anchor and enjoy every moment of being there, and our hard work is paying off.”

Eleven of the independent family brewer’s pubs and hotels across Kent, London and the south east were honoured at the ceremony, which celebrates exceptional standards across its 300-strong estate. Two lifetime achievement awards were also given to dedicated, long-serving managers and licensees.

“After a challenging time for all those within the hospitality industry, it is fantastic to be back celebrating the achievements of our outstanding licensees and team members," says Shepherd Neame chief executive Jonathan Neame. “Despite the setbacks of the last two years, we have seen that more than ever the most important factor in the success of any pub is its people, and we are very proud of our talented team. These awards are aimed at recognising their hard work, dedication, and creativity, and celebrating excellence in our company."

The awards were announced at a ceremony held at the Spitfire Ground in St Lawrence, Canterbury.

SOCIAL MEDIA PUB OF THE YEAR:  The Oak on the Green, Bearsted

HEART OF THE COMMUNITY PUB OF THE YEAR:  The George, Newnham

PUB FOOD OF THE YEAR: The Sun, Feering

HOTEL PUB OF THE YEAR: The Marine Hotel, Tankerton

WINE PUB OF THE YEAR: The New Flying Horse, Wye

TENANTED PUB OF THE YEAR: The White Horse, Hawkinge

MANAGED BUSINESS OF THE YEAR: The Vine, Tenterden

SHEPHERD NEAME PUB OF THE YEAR: The Blue Anchor, Crowborough