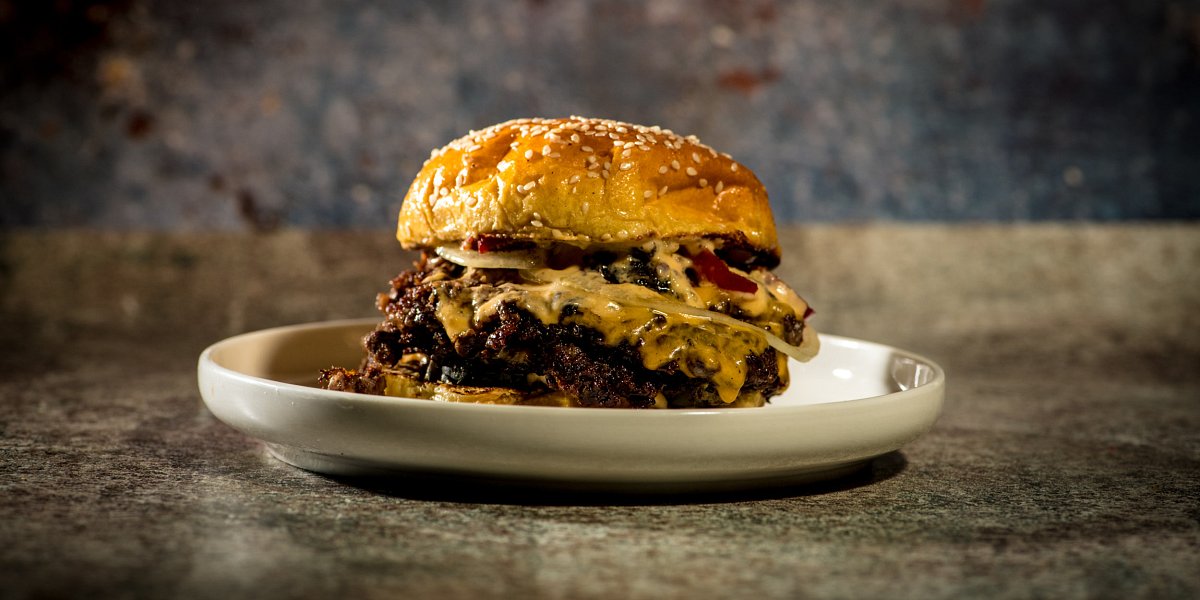 UK’s best burger can be found in Bristol

A Bristol-based burger business has stormed the National Burger Awards 2022 with its winning signature creation.

The burger, cooked by Danny Hawke – the Danny’s Burgers founder and winner of National Burger Chef of the Year at the 2021 event – saw off stiff competition from 15 of the UK’s most elite signature burgers.

Hawke’s juicy chuck roll patty is rubbed with house seasoning and cooked over charcoal and hickory wood in a drum smoker for six hours. It is then transferred to a foil tray with bone marrow canoes and braised with coffee stout. For the beer cheese sauce, the chef combined cream cheese, jalapeños, cheddar cheese, Red Leicester, American mustard, Worcestershire sauce and beer from a local Bristol brewery.

“I didn’t see it coming at all,” says Hawke. “It’s unbelievable. I’m a little bit scared about how busy this is going to make us now. After coming second last year, I wasn’t aware of how much of an impact the National Burger Awards could have, but off the back of that it was crazy, so no doubt this will be the same. I think this will even give me a push to open a restaurant.

“It was ridiculous cooking against those other chefs. There are a few in there – Bleecker, Zephyr – who got me into cooking burgers, so to beat them is pretty incredible.”

More burger awards on the night

The National Burger Awards also crowned a Burger Chef of the Year, which went to Oz Harborth of Plymouth’s Zephyr Burgers. Harborth took the title after building a delicious technical burger – the Double Patty Melt – from a selection of ingredients supplied by the event sponsors.

The competition also gave an award to the nation’s Best Vegan Burger, which came from Brecon in Wales. Cai Williams of HILLS impressed the judges with The Vegan Pickle & Spice, made with a NoBeef Burger from The Vegetarian Butcher, along with crispy fried onions, pickled red cabbage, gochujang, spring onions and sushi ginger.

The night’s other winners were Birmingham’s Stripclub Streetfood, which earned the Blogger’s Choice award with The Truffle Drip burger; and Buckinghamshire restaurant Burgervore, which won the Mayo Mixologist challenge, sponsored by Hellmann’s.