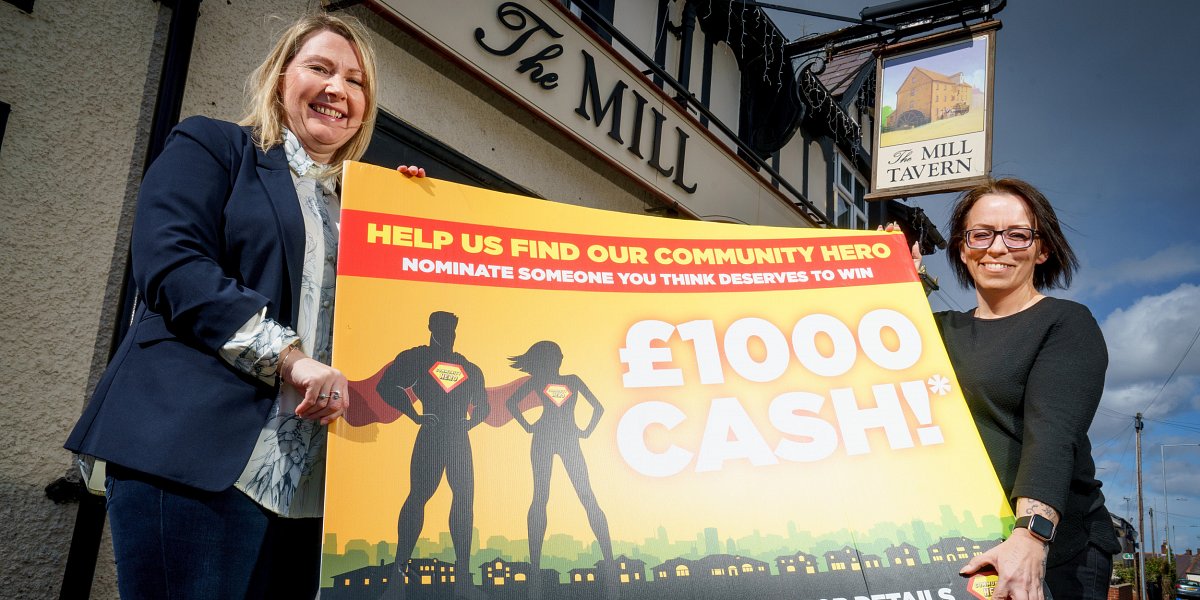 Punch has revealed the winner of its Community Hero award, after the campaign saw over 1,000 nominations submitted.

Punch Pubs & Co has revealed the winner of its Community Hero award, after the campaign saw over 1,000 nominations submitted from locals and operators.

The initiative aims to acknowledge and reward local people who have done something incredible for their communities .

The winner of the first prize of £1,000 and a cask ale named after the person of their choice is Mandy Giddins, who runs the charity Giddo's Gift, created in memory of her son Jordan who passed away in 2017 from Ewing's Sarcoma aged just 18.

Giddo's Gift is a charity that works closely with social workers to help teenagers and young people battling cancer in north Wales and Merseyside. With the money raised, they grant gifts such as laptops, phones and iPads to those in need. The charity has helped over 150 young people and raised over £27,000 for childhood cancer research.

"I am absolutely thrilled to have won the Community Hero award, especially up against so many worthy nominees," says Giddins. "Jordan, my son, is the true hero. He inspires me every day to help others that are going through such difficult times. He went through so much with true determination and bravery that I needed to have something positive come out of our heartbreak. Winning a Community Hero award means that people really appreciate what our charity has achieved, and Jordan's memory will live on in his legacy by helping others."

As part of this award, Punch has created a house cask ale for guests to enjoy at the Mill Tavern pub in Flint upon reopening in April. Mandy has chosen to name the beer 'Giddo' in honour of her son Jordan.

The Community Hero awards also recognised Kischa Gair from Ellington, who has been awarded £500 as runner up. Gair is the driving force behind a resident support group that has helped locals from three villages. The group has enabled people to access support such as food relief, loneliness support, art competitions, home-schooling activities and mental health support.

Third place was taken by Jonathan Hindley, also known as DJ Jonny Spangles, who won £250. Hindley has gone over and above to support his community, Urmston, in the last year. He is well known within his community for his online quizzes, socially distanced open-air discos, and riding 100 miles on a party trike while fundraising. He has raised an impressive £46,100 for over 100 local charities.