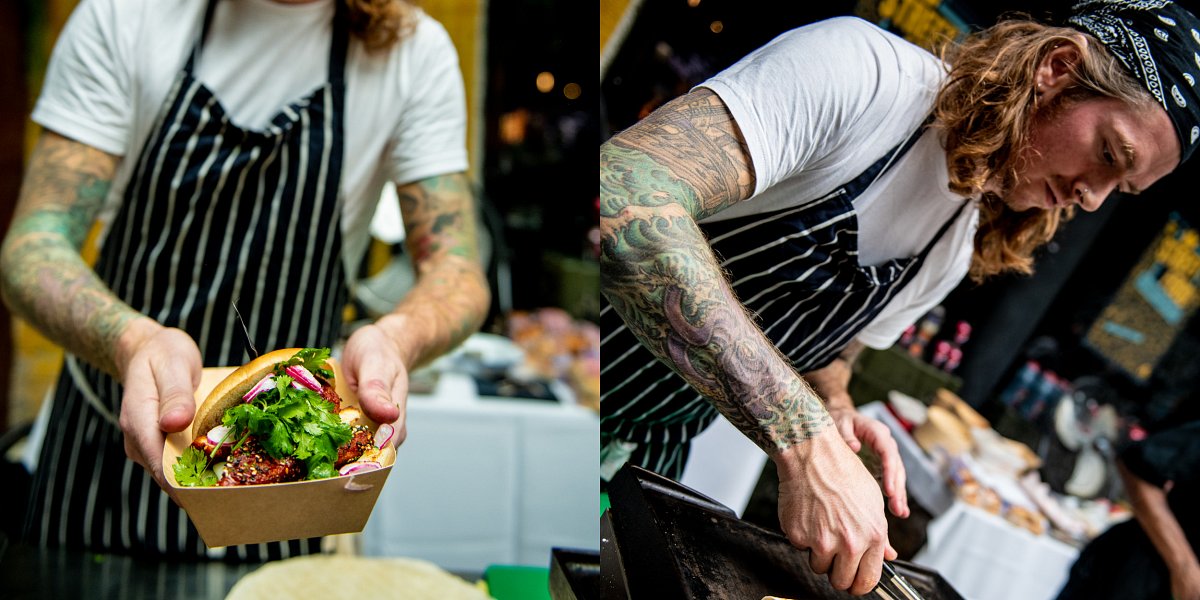 Dan Wilson has been named as the Street Food Chef of the Year.

Dan Wilson from the New World Trading Company has been named Chef of the Year at the 2022 Street Food Championships.

The award was presented to the chef who was best able to utilise ingredients provided by the Street Food Championships sponsors.

Alex Rodgers of Birria Bandits also wowed a panel of esteemed industry judges at the annual event with his beef birria tacos dish, Let’s Tacobao It, which was named Street Food Dish of the Year.

Following the flawless delivery of an intricate and refined recipe that takes days to prepare, Rodgers served the classic Mexican special with a Chinese twist by placing the birria beef inside some bao buns, which had been dipped in a beautifully rich and deep birria stock before hitting the grill.

Let's Tacobao It from Birria Bandits

“The Birria Bandits dish had the judges table silently nodding in unanimous admiration,” says Tristan O’Hana, chair of judges on the day. “Until Alex’s bao tacos hit the table, it was an extremely close competition, but in the end his dedication to Mexican cuisine and the effort that clearly goes into his cooking really shone through. To win a UK-wide competition is a fantastic achievement for such a young operation.”

Not only did Rodgers see off talented chefs from national groups and other independent traders, but he did so having only launched his solo venture earlier this year, paving the way for a bright future for the Birria Bandits business.

Another accolade handed out at the Street Food Championships was the Bloggers’ Choice Award, which also went to a pub business, as Jamie Tack from London’s Leytonstone Tavern won over judges with his Achiote Pork Taco. This was judged by bloggers from The Fat Foodie, Big Eats Global and Eating with Todd.

The Botanist ready for Sunderland opening