Craft Union Pub Company has celebrated the outstanding contribution its operators make in their communities at its annual operator awards, held this year at Butlins Minehead.

Over 900 people attended the fifth year of the event, with more than 300 pubs awarded a combined total of £180,000 in reward and recognition, while a further £13,000 was donated to charity.

In addition, Craft Union announced 25 winners from its ‘Love Your Local’ campaign, who all received a donation to support a local charity. The initiative, which ran throughout February, asked customers to nominate the pub they love by writing a ‘love letter’, which were submitted via post boxes across the estate. In total, over 5,000 letters were received and judged.

“It gives me and my entire team immense pride to hold another Craft Union operator awards,” says Frazer Grimbleby, operations director of Craft Union Pub Company. “The event gives us the opportunity to get together as a business and celebrate the outstanding contribution our operators make to communities up and down the country.

“Pubs supporting the communities they serve is a deep-rooted value of ours, and it was fantastic to be able to recognise and reward the achievement of our operators who truly live and breathe our values day in, day out and consistently go above and beyond to make a difference.” 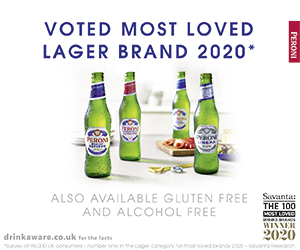